for our loyal, gullible, cult followers . 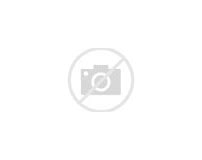 Lmao who are Trump supporters to talk about cult followers?

I'm afraid we'll all be licking his boots for nearly the next five years, sadly. Your dumos don't want Bernie and we all know he's the only demo with a chance of defeating trump's rump.

Jake Johnson wrote:Throwing yet another wrench into the endlessly disastrous Iowa caucus process, Democratic National Committee chairman Tom Perez on Thursday demanded an immediate "recanvass" of the vote even before the results have been fully reported by the Iowa Democratic Party.

"Enough is enough," Perez tweeted. "In light of the problems that have emerged in the implementation of the delegate selection plan and in order to assure public confidence in the results, I am calling on the Iowa Democratic Party to immediately begin a recanvass."

In a follow-up tweet sent 40 minutes later, Perez wrote: "A recanvass is a review of the worksheets from each caucus site to ensure accuracy. The [Iowa Democratic Party] will continue to report results."

However, your party of wankers have settled on a different candidate, who's already fouling the primary waters...

Julia Conley wrote:Rep. Rashida Tlaib accused two members of the Democratic National Committee's rules committees of having a conflict of interest following reports that they are paid staffers of the presidential campaign billionaire Michael Bloomberg, the former mayor of New York City.

The Michigan Democrat tweeted a link late Wednesday to a report by Sludge regarding the recent appointments of Alexandra Rooker, vice chair of the California Democratic Party, to the DNC's Rules Committee, and former Philadelphia Mayor Michael Nutter to the Standing Rules and Bylaws Committee.

Both panels can propose rule changes to the Democratic nominating process, and both Rooker and Nutter began working on Bloomberg's campaign in recent weeks, advising him on policy and other campaign issues.

"Out of tens of millions of qualified people, Tom Perez's DNC is seating two Bloomberg campaign surrogates" on the committees, tweeted David Moore, who wrote for Sludge Wednesday about the appointments.

When your party of ain't, can't and shan't hires corrupt thugs like perez, then losing becomes synonymous with winning. They're in it for the money and nothing else.
Top
Post Reply
4 posts • Page 1 of 1

Users browsing this forum: No registered users and 7 guests