Quite an enlightening interview with Dr. Michael Hudson about how the world bank and the IMF function.

Dr. Michael Hudson wrote:The purpose of a military conquest is to take control of foreign economies, to take control of their land and impose tribute. The genius of the World Bank was to recognize that it’s not necessary to occupy a country in order to impose tribute, or to take over its industry, agriculture and land. Instead of bullets, it uses financial maneuvering. As long as other countries play an artificial economic game that U.S. diplomacy can control, finance is able to achieve today what used to require bombing and loss of life by soldiers.

John Merryman, a commenter on another site entirely wrote:I realized early on in life that it was very complex and confusing, so I've made a lifelong effort to understand the dynamics at work, in order to understand the details arising from them.
As such, Western and Eastern cultures have evolved distinct paradigms. The Eastern being the classic yin/yang dualism and circularity, while the Western is a monist idealism, exemplified by monotheism.
While the notion of an all seeing God has become more a cultural icon, than taken literally, the view that everything is ultimately singular/ has some ideal essence, still permeates our culture. The Singularity and Armageddon arise from the same paradigm.
This goes deeply into the narrative origins of culture. That our story/time has some ultimate conclusion/lesson.
As I may have pointed out before, the problem with viewing time narratively, as the point of the present moving past to future, is the evident fact that change turns future to past. Tomorrow becomes yesterday, because the earth turns.
So time is an effect, like temperature, pressure, color, etc. The left, cause and effect, logical hemisphere of the brain amounts to a clock, while the right, emotional, intuitive side amounts to a thermostat/barometer.
Ultimately the primary mechanism is thermodynamics, be it convection cycles, or feedback loops.
Galaxies are energy radiating out, as mass/form coalesces in. People are the digestive, respiratory and circulatory systems processing the energy driving us on, along with the central nervous system to process the forms precipitating out and referee the emotions and impulses bubbling up. Societies are the essential energies bubbling up, as civil and cultural forms coalesce in. Motor and steering. Youth and age. Liberalism and conservatism.
As with the issue of time, energy goes past to future, while events go future to past. The events, as pattern, steering the process. Consciousness goes past to future, while thoughts go future to past.
The earth, its atmosphere, the solar system, the galaxy, are all thermodynamic feedback loops and necessarily so are human societies. Centrifugal and centripetal forces pulling both ways.
Given the monist idealism, reflected through monotheism, the West has been dominated by a centripetal impulse.
Yet the essential fallacy of monotheism is that a spiritual absolute would be the essence of sentience, from which we rise, rather than an ideal of wisdom and judgment, from which we fell. The consciousness bubbling up, rather than the thoughts coalescing in. The light shining through the film, than the images on it.
Remember that democracy and republicanism evolved in pantheistic societies, as the Ancients didn't distinguish between their religions and the social principles governing their societies. It was only when we went back to more democratic, bottom up political forms, that separation of church and state became necessary.
So throughout the medieval period, top down monarchies were the default political reality, for most of Europe.
Yet reality is this dichotomy of nodes and networks.
Which brings us to the evolution of Judaism. After the Romans exiled them, this strong tribal identity of monotheism sustained their cultural homogeneity, yet they had to co-exist within a Western culture, where pre-historical tribal nationalities were coalescing into feudal monarchies. Consequently, as merchants, bankers, doctors and all around intellectuals, they served as a major part of the networking of the European world. While there were tensions, it worked relatively well, until the total meltdown of Nazism, where Germany decended into apocalyptic nationalism and its social immune system reacted against any and everything foreign, or even a hint of foreign, in what amounted to a social auto-immune disease.
Which precipitated the formation of Israel, as Jews returning to the Promised Land. "Next year in Jerusalem."
Where this centripetal attraction had little to balance it out, especially given the overall input from the other monotheistic religions, either fundamentalist Christianity, seeking their own singularity, or the unforgiving absolutism of Islam as the primary pushback.
So now we are where we are today, with Israel as the center of the storm, leading up to the grand finale of Western singular idealism. With all its various tornados of Washington, London, Paris, etc, playing along.
Hopefully whoever survives will appreciate that nature is cyclical and reciprocal, because she is not going to change for us, no matter how powerful our mythologies.

However, i figure it fits perfectly on this thread. Explains much.
Top

Very brilliant insights and analogies there.
Like a spiritual String Theory.
It makes a bit of existential sense.
But everyone knows it`s not an endless circle; it`s a non-stop triangle.
Top

Or possibly a non-stop trapezoid and most of us are trapped outside it's marble walls?
Top

I would imagine, if you bound a snake, tightly and thickly enough, with aluminum foil you could indeed prevent it from slithering.

Forcing it to wither and die.

Anything can become a prison, if you permit it to encompass your consciousness, physically, or not.
Top 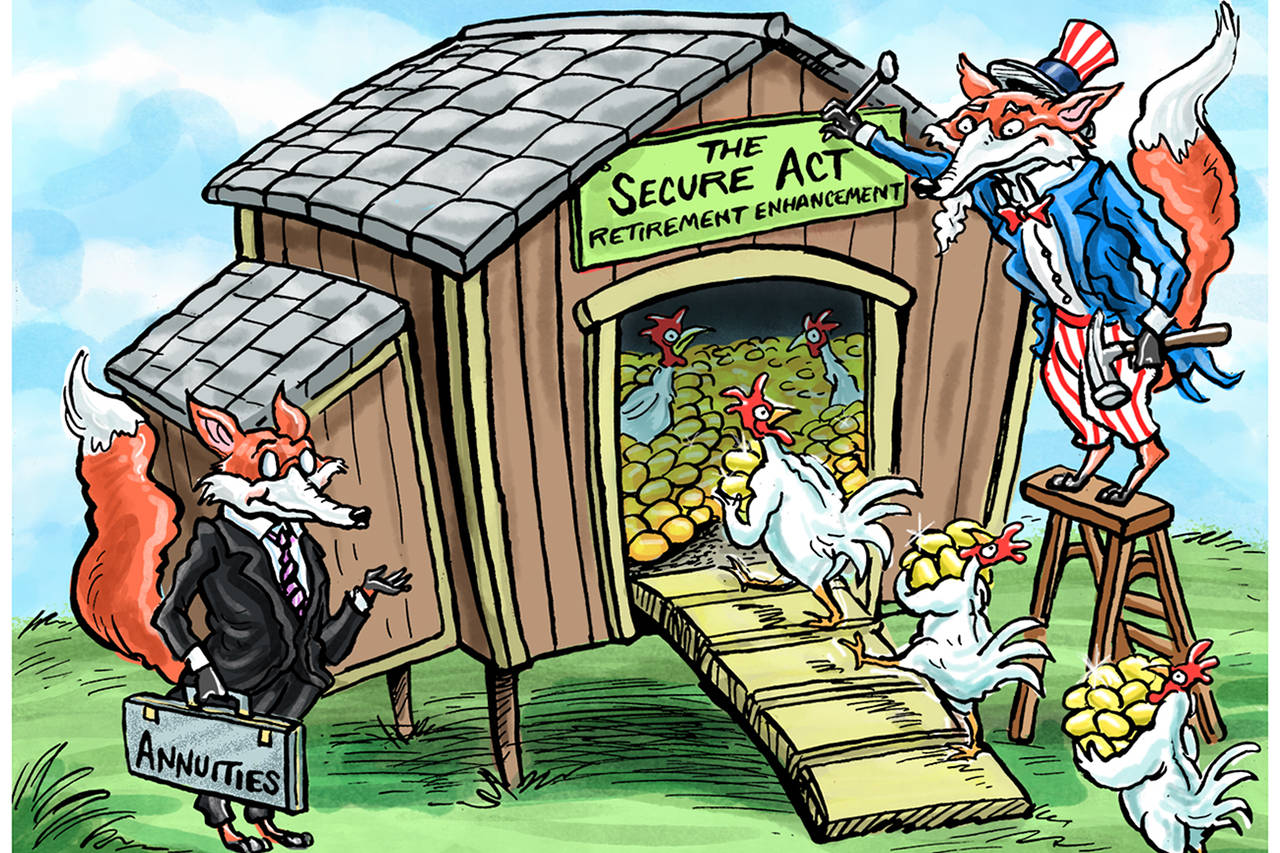 What progress giveth, congress taketh away.

Phillip DeMuth for the wsj wrote:Like grave robbers opening King Tut’s tomb, Congress can’t wait to get its hands on America’s retirement-account assets. The House passed the Setting Every Community Up for Retirement Enhancement Act, known by the acronym Secure, in May. The vote was 417-3. The Secure Act is widely expected to pass the Senate by unanimous consent. While ostensibly helping Americans save for retirement, the bill would actually reduce the value of all retirement savings plans: individual retirement accounts, 401(k)s, Roth IRAs, the works.

Anyone else feeling regimed yet?
Top
Post Reply
9 posts • Page 1 of 1

Users browsing this forum: No registered users and 7 guests