Makes me wonder whether our congress wouldn't be better, if they duked out their positions, rather than scratching backs.

I'd hardly call that 'duking it out' ... I didn't see a single punch being thrown!

But did you note all the back scratching going on? Far more vigorous than our non negotiating congress.
Top

Hemp plants were shown to be effective in cleaning the soil around the site of Russia’s Chernobyl nuclear disaster and were even considered for use near Fukushima .....
http://www.mintpressnews.com/how-hemp-c ... er/210098/
Top

That's where Modern Root's dealer has been getting that $50 oz. shit.
Top

Thanks for the link. Interesting photo-essay
Top

Jay Syrmopoulos wrote:Despite the assurances from Entergy, the area around Indian Point is a “cancer cluster,” with the local rate of thyroid cancer rates registering at 66 percent higher than the national average, according to Joseph Mangano, Executive Director of the Radiation and Public Health Project (RPHP).

The operator of the stricken Fukushima nuclear plant has revealed that 600 tonnes of reactor fuel melted during the disaster, and that the exact location of the highly radioactive blobs remains a mystery . http://www.abc.net.au/news/2016-05-24/f ... er/7396362
Top

smokedpeppers wrote:...and that the exact location of the highly radioactive blobs remains a mystery.

George Washington wrote:And that Fukushima’s reactors had actually suffered something much worse than a total meltdown: nuclear melt-throughs, where the nuclear fuel melted through the containment vessels and into the ground.

it's ALL becoming too absurd on this planet
Top

Linda Pentz Gunter wrote:Coverage of the USS Ronald Reagan has been astoundingly limited, wrote Der Spiegel in a February 2015 story. Since then, nothing much has changed.

The German magazine was referring to the saga of the American Nimitz-class nuclear-powered aircraft carrier whose crew pitched in to help victims of the March 11, 2011 Tsunami and earthquake in Japan, then found themselves under the radioactive plume from the stricken coastal nuclear reactors at Fukushima. Since then, crew members in eye-popping numbers have come down with unexplained illnesses — more than 70 and still counting. Some have died. And many are suing.

On January 5, 2018, a federal judge in San Diego, CA, dismissed the latest version of a class action lawsuit brought by USS Reagan sailors and US Marines. This was just the latest milestone in a long and winding path to justice strewn with roadblocks and delays.

most likely it will end up in the pacific ....

Radioactive uranium has leaked through the floor at the Westinghouse fuel factory in S.C. ... alert the authorities
https://www.thestate.com/news/business/ ... 55955.html
Top

three mile island, after today is being mothballed . no mas .
Top

smokedpeppers wrote:three mile island, after today is being mothballed . no mas .

How do you mothball a nuclear plant? Your state capital's been teetering on bankruptcy for some time now, so will they turn it into a museum and charge admission and where are they going to draw their electricity from now? More coal plants for the city's future?

Harrisburg is somewhat of a unique state capitol, in that i believe seven counties come together to border the capitol, which must make for pretty contentious politics there.
Top 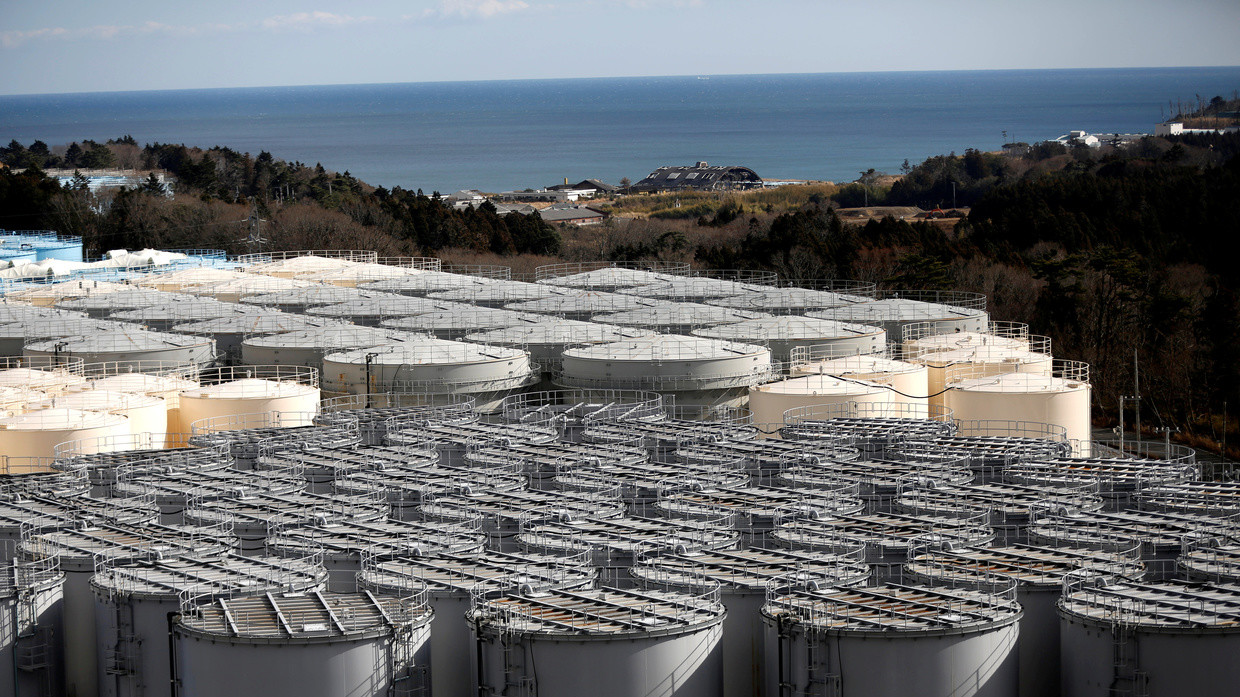 "Japan has debated what to do with the rapidly increasing store of radioactive wastewater for years, and now the decision to release it into the ocean could be confirmed by the end of the month.

Currently, Japan houses the water in more than 1,000 tanks, but with 170 additional tons of the radioactive by-product being produced every day, storage space is quickly running out.

It is estimated that all tanks will have reached maximum capacity by the summer of 2022 and Japanese Chief Cabinet Secretary Katsunobu Kato said on Friday that the decision was one they could “not keep delaying,” Kyodo News reported."
Top

That would be a crime against humanity.
Top

Dazzler wrote:That would be a crime against humanity.

Amazing. You build a nuclear reactor in an earthquake zone and the entire pacific rim ends up paying for your mistake. The entire WORLD pays for it.

Surely they can be stopped?
Top

This is insane!!! How can they be allowed to do this?
Top

Environmental protections and restrictions have all been relaxed worldwide under the Lyin King's leadership.
It's now or never for Japan if they want to make a wholesale unilateral move to dump. It's the way we do things now.
When Biden wins the Presidency, the environment will magically matter again. They will be under renewed scrutiny.
Top

Dazzler wrote:Amazing. You build a nuclear reactor in an earthquake zone and the entire pacific rim ends up paying for your mistake. The entire WORLD pays for it.

Surely they can be stopped?

You are aware aren't you that this is just what they've contained, not what they've already been allowing to wash into the Pacific? All of the world's seas have some degree of radioactivity in them by now from this so called 'accident'. This planet has been fucked by mankind and greed made possibly by neo liberal capitalism.

Is it any wonder our newest oligarchs are building spaceships to leave this place? Think they'll be offering any of us a ticket any time soon?

Users browsing this forum: No registered users and 8 guests